Skip to content
In 1990 John and Barbara Potton  acquired W.B.Lemon Fencing and began making waney lap panels in a small unit in Murrells Lane, Hockley.
The business started to expand and over the next few years they moved into a larger unit on the site, widened the product range and ran a delivery service.
Sons Steve and Phil joined the business during the early years and made it into a true family company.
Steve started to install fencing himself for the residential sector which then progressed into the commercial sector as well.
In 1996 The business moved to a bigger yard at Priory Works, Southend-On-Sea. It was here that the company established itself as a front runner in the local fencing industry, building a good reputation with trade and public for the supply of top quality fencing products and professional installation services.
Phil took on the role of general manager with John and Barbara still at the helm.
The number of fitting teams multiplied and the delivery service went further afield.
In 2010 The company began selling sheds and garden buildings and the ‘Lemon Brand’ was established.
In 2012 We acquired a second site at Summer Hill Garden Centre which has flourished ever since.
In 2014 A new site at Assendun Works, Hockley, SS5 5NL was purchased and work began to make this our new head office with outside displays and a larger shop for the trade and public to come and view.
In 2015 The final move was made as the Southend yard was closed and the business moved to Hockley.
Since then we have continued to grow with further investment into e-commerce plus a more substantial product range.
Our fitting teams are carefully selected professionals who comply with our expectations and commitment to quality.
All lead installers hold CSCS cards and are D.B.S checked.
In 2020 We took the decision to close our retail outlet at Summerhill garden centre at the start of lockdown.
In 2021 We acquired a new site in Rochford. Which was formerly the ‘Four Seasons garden nursery’. Many man hours have been put in to turn the site around to become a retail outlet which is more customer friendly. With more parking for customers and items on display, this new bigger retail site will be open in September 2021.

With the addition of friendly courteous staff, we strive to be your one stop fencing solution! 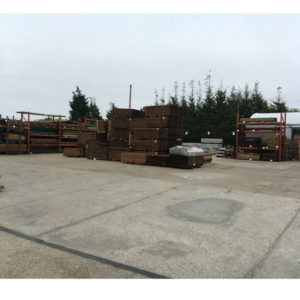